While I wasn’t overly productive last year, churning out perhaps 15,000 words of fiction, which hardly deserves the word ‘churning’ but perhaps ‘scraping’, I did produce a couple of things I quite like.

This story came out of a title, which itself seemed to come from thin air while crafting a grant proposal. There are times when everything comes together and writing a story is a joy, or a toy, and nothing makes me happier than the chance to play around a little. This was one of those times.

I knew watching endless episodes of air crash investigations would pay off. (Certainly made flying to Elba and Banff and Spain much more exciting.)

So here is “A Survivor’s Guide to Engine Failure at 35,000 Feet.” It is the second of my Shabazz stories, a story of a flight gone wrong, a bit of jungle survival and a man in need of much therapy.

Many thanks to Numéro Cinq head everything Douglas Glover. 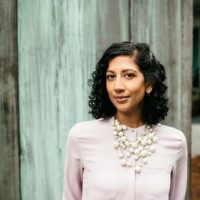 Musings and books from a grunty overthinker

I make photographs and poems to please myself (and share them to please you).

Thoughts on Writing, Art, and Life