This is what I search for, why I read. Books that most publishers won’t touch, that most editors would have nightmares over, that aren’t necessarily great books but reflect something that’s uniquely of the mind of the author. What do they have in common? Ambition? Yes, in the way that a challenge is tackled head on. A strangeness? Yes, oh yes, oh yes yes, these are strange books. Humour? That generally goes with the strangeness. A non-linear structure? Absolutely, absolutely. Tasking language? For me, this is a must: there are lot of unique books out there, but do they have the language – the diction, the rhythm, the metaphor – to match that vision. And they are all moving, affecting, human books. It’s easy to be odd but so much harder to be uncanny. So here are a bunch that have never left me, that are by and large under-read and unknown to the general reading public (which is why some of the other authors whose books have influenced me, such as Pynchon, Beckett, Faulkner, Joyce, Kafka, aren’t here). Clicking the images brings to Goodreads links.

I’m sure there are many others I’ve forgotten, such as (thinking):

5 thoughts on “Reading Uniqueness: Books that Boldly Go Beyond the Known” 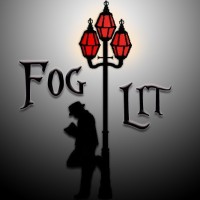